Kiwanis Club of Coldwater
Chartered in 1969

Contact us with any questions or comments by filling out the form below.

This form can be used to request information on becoming a member of the Kiwanis Club of Coldwater.

The Coldwater Ohio Kiwanis Club was chartered by Kiwanis International in 1969 and includes over 65 active men and women. We meet at 7:30 a.m. at Pla-Mor Lanes the first Tuesday of each month and at Coldwater UMC at 11:30 a.m. on the 3rd Tuesday.

Today’s speaker was Doug Mader, Superintendent of Coldwater Exempted Village Schools. Doug grew up in Coldwater and was a student in the school system. After graduation he joined the Air Force and had assignments which enabled him to travel the world. When he left the service, he had a number of other jobs, but also earned a degree in education. Doug said he had fond memories of growing up in Coldwater and is very happy to be back. He said his first job after earning his degree was at an all-girls school in Kentucky where he served in many capacities. He comes to Coldwater after serving as principal for 16 years at a large school in the Cincinnati area. He has three adult children who live in the Cincinnati area. Doug went on to describe some of the goals established for the Coldwater system. One, is enhanced pride in the system. Two, is to engage people. Three, is to be intentional about what we offer to our students. He gave examples of actions to accomplish these goals, such as having school flags put up in the community to signal school events, looking at the school culture and curriculum, empowering staff, being transparent to all sectors, having a long-term vision, and seeking to become a Blue Ribbon School. ... See MoreSee Less

Jon Dingledine, Chief Financial Officer and Chief Operating Officer of Mercer Health, was the speaker for the September 6 of the Kiwanis Club of Coldwater. Jon was present to explain the new Da Vinci Robotic Surgical System that is being introduced by Mercer Health. He said the hospital has been planning to add this system since 2014 through both its budgeting process and its recent facility expansion. Robotic surgery benefits are fewer complications, shorter recovery time, reduced hospital stay, more precision, and reduced blood loss. In addition, Jon said the system provides lots of helpful data. Several surgeons currently on staff have been trained to use the system and will be using it for general surgery and obstetrics beginning soon. Additional training for surgical team members will take place over the next few weeks. ... See MoreSee Less

Congratulations! And that's a great pic of you two!

Congratulations Steve!!! You deserve it.

Not only professionally represented, but handsomely as well!

Felicidades to both of you ! 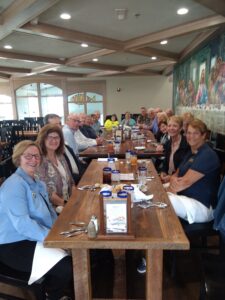 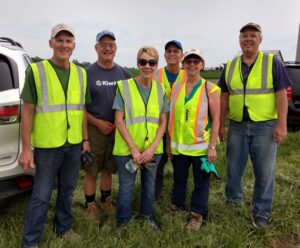